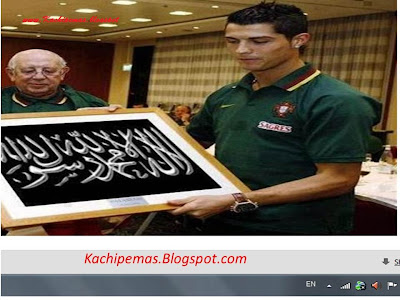 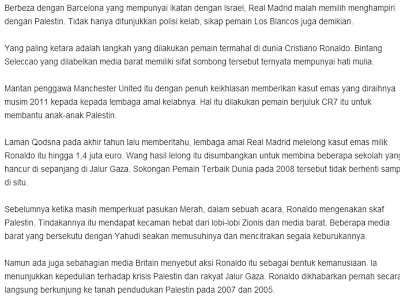 Television footage of the 2004 Indian Ocean earthquake and tsunami showed an eight-year-old boy wearing a No. 7 Portuguese football jersey who was stranded for 19 days after his family was killed. Following this, Ronaldo visited Aceh, Indonesia, to raise funds for rehabilitation and reconstruction.[204][205]
In 2009, Ronaldo donated £100,000 to the hospital that saved his mother's life in Madeira following her battle with cancer, so that they could build a cancer centre in his native island Madeira.[206]
In support of the victims of the 2010 Madeira flood, Ronaldo pledged to play in a charity match in Madeira between the Primeira Liga club FC Porto and players from Madeiran based clubsMarítimo and Nacional.[207]
In November 2011, Ronaldo donated a pair of his football boots to be auctioned by Real Madrid's 'Clasico' network. They were sold for £2050 with the proceeds going to fund schools in Gaza,Palestine.[208]
In May 2012, Ronaldo and his agent, Jorge Mendes, decided to fund a pioneering treatment for a nine-year-old boy when it seemed that there was no hope left for the child, who has been battling cancer since before his second birthday.[209]
Nukilan Abu Luqman

Posted by Penulis Rindu at 9:46 PM